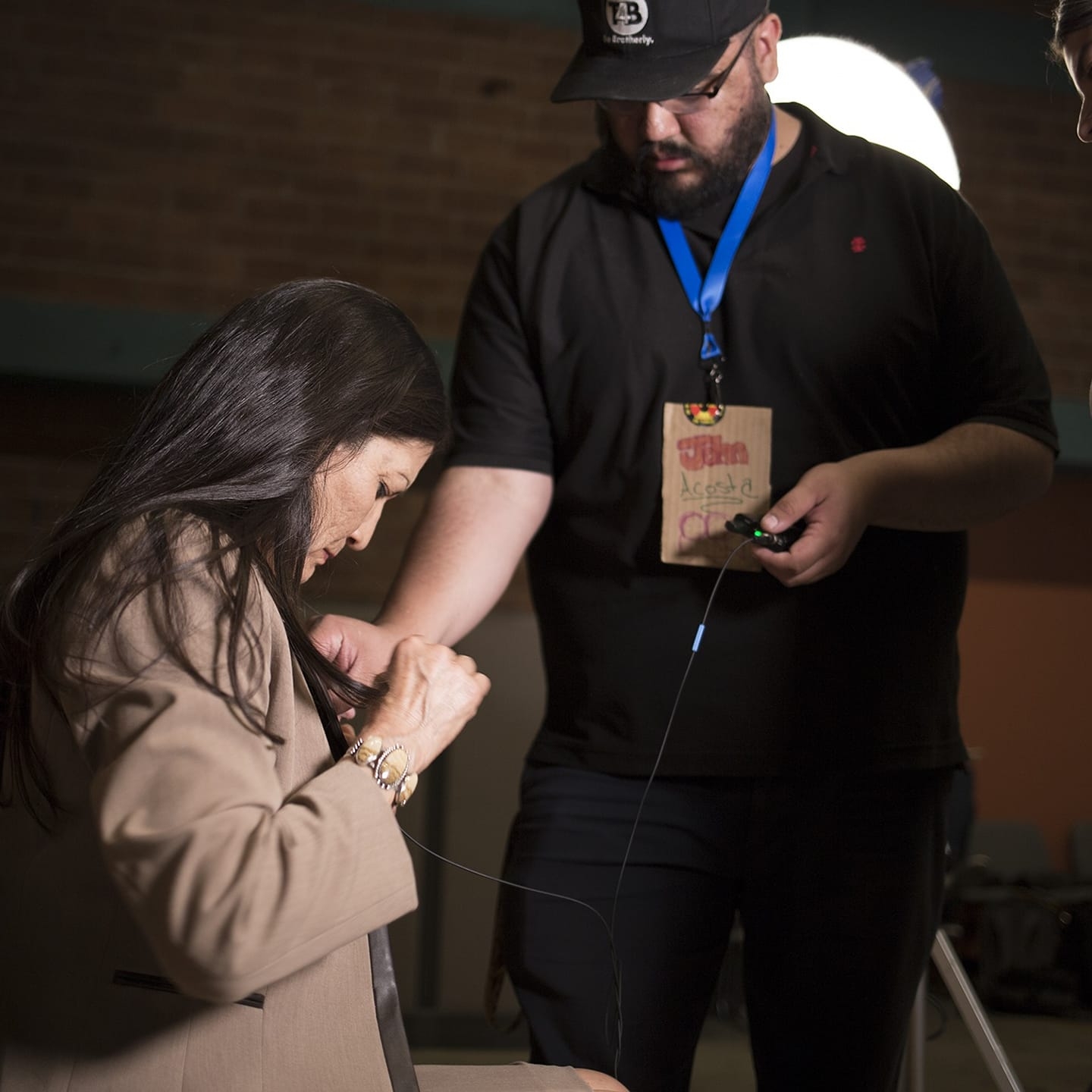 John Acosta, is a first generation Chicano, born and raised in Albuquerque, New Mexico. His parents are both from Ciudad Juarez, Mexico. John is a dynamic & multifaceted artist, organizer and educator. He started working in the community seven years ago at an organization called Encuentro – a non profit that works to engage Latino immigrant families in educational and career development opportunities that build skills for economic and social justice. At Encuentro he coordinated a group of community journalists who focused on creating, producing and writing stories that would be published on a weekly basis on Encuentro’s website. This project was developed as a means to empower the community through journalism. Many of the stories were focused on hyper-local issues pertinent to the Albuquerque community seen primarily through the lens of the immigrant struggle.

While he was working for Encuentro, John was simultaneously earning his accreditation for his B.A. in Communication & Journalism with a minor in Media Arts. He graduated in 2017 from the University of New Mexico.

Furthermore, during his time at UNM, John served with UNM Service Corps –  who acts in collaboration with a variety of community partners, neighborhood groups, local schools and non-profit organizations to address critical social and educational issues facing children and families. John also was involved with the public allies program – a national AmeriCorps based movement to create a just and equitable society and the diverse leadership to sustain it.  He was most recently awarded a position as a City Maker, working alongside the City of Albuquerque to envision projects to inform, impact and inspire our community​.

John is most well known as a documentary film-maker. He is a hard-driven journalist and writer that focuses his work on issues of police brutality, drug abuse, and gun-violence. He works hard to highlight those issues in order to address the gaps that we miss as a society. His intent with his short documentaries is to provide political education, and catalyze New Mexicans to engage in creating the change for their own communities. His work has surpassed millions of views on Youtube. John continues to work on stories of life and death in the American West.  “Coming from Brown communities we frequently must digest demeaning and sensationalist depictions of who whe are in the media, says John. That is why my work focuses on reclaiming Brown narratives and taking those stolen stories back. My work is a reclamation of who I am, who I stand for and my journey fighting with and for the people against systemic oppression.”

2021 – The Guardian. “New Mexico has the second-highest fatal police shooting rate in US – is it ready to change?” article and photography.

2020 – Working Classroom, Intro to Filmmaking “South Valley Is A Place”

2019 -Working Classroom, Intro to Filmmaking “South Valley Is A Place”